The Sun or Surya is a powerhouse of spiritualism. Not only the sky, but it has the energy to brighten a person’s life also. Being the donor of life and light, Sun connects humans to the divine. For its mystical powers, Sun has been worshipped in various religions and communities throughout the world. This history of Surya worship goes as far back as the origin of civilizations.

Whether you are a believer of Hinduism in the Indian sub-continent or a follower of ancient Egyptian religion far away, you will find mentions of Sun as the ultimate sacred deity in every major scripture. 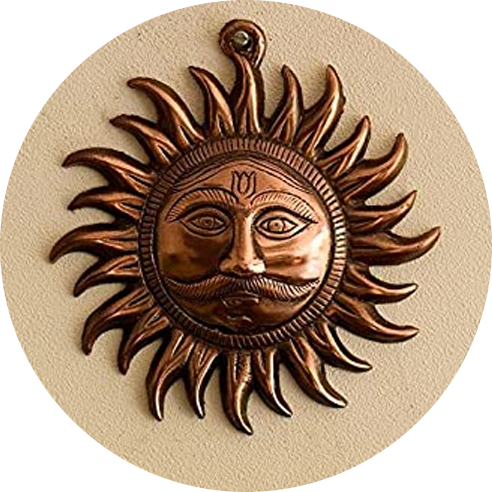 The Sun God or Surya Dev first appears in Rigveda. He is referred there as Aditya and is believed to be the son of Kashyapa (a Vedic sage) and Aditi (Infinite Heavens). In the Puranas, the Sun God has been described as having a divine body of gold, riding a chariot pulled by magical horses. Each day, he pulls his chariot across the sky and spreads light in the world.

Sun worship was quite popular in the Vedic period. We find mentions of Sun Worship in the great Hindu epics of the Ramayana and the Mahabharata, through rituals like Ashwamedh yagna, and the recitations of the Gayatri mantra.

The rituals are also followed in modern times. Hindus offer Surya Arghya and practice Surya Namaskar. Both these practices have spiritual significance and aim to infuse cosmic energies in the surroundings.

There are plenty of famous temples in India that emphasize the power of the Sun; Konark temple being one of them.

In Egyptian Mythology, the God who created the world is called Ra, or as we know him – Sun. He is a falcon-headed god who carried the sun disk on his headdress.

The story of how Ra created the world is also fascinating and mystical. Before the birth of any living being, there was an egg that rose out of water. From that egg, came out the God of life – Ra. He had two children; atmosphere and clouds. It is believed that humans were created from the tears of Ra.

Such was the prominence of Sun that most of the early Egyptian rulers claimed that they are the descendants of Ra. Some even used the title Ra after their names. They built pyramids and temples to honor the Sun God.

Sun worship finds its traces in ancient civilizations in regions like China, Africa, Mexico, Rome, Europe, Greece, and South America. Region and religion may change, but the unfathomable power and strength of the Sun remain the same. 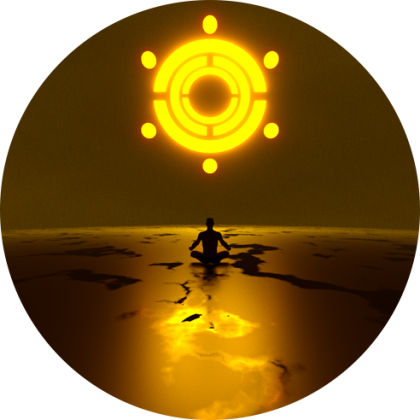 The fact that Sun is mentioned in every major religion creates a curiosity – why do people worship the Sun? Or what are the benefits of offering prayers to him?

According to spiritual sciences, the miraculous benefits of sun worship are:

2. Offering water to Sun God during early morning makes one disciplined and maintains the body, mind, and spirit balance

3. Invocating the source of light removes anger, greed, and ego from the mind and soothes the mind.

Throughout the centuries, sages and spirituals have tried to understand the mystery of the Sun. They read the Vedas and Puranas to learn how one can use the power to Sun to bring happiness and peace in life. Warriors and royals have also been drawn to the enigma and power of the Sun lord. In fact, Sun was a common symbol often engraved in the crowns and the thrones of Rajput kings and warriors representing strength and power.

Coming back to the present day, modern spiritual science has played a key role in unravelling this mystery. It has helped in understanding how one can create a cosmic conductor or yantra that has the power to reverberate cosmic energies. Using the wisdom of old scriptures and findings of spiritual science, Solemn Side has created a Sun Yantra. It contains a series of geometric patterns that make it a cosmic conductor of energy and an instrument for harmony and harmony and consciousness. The powerful Sun Yantra is further detailed with ruby gemstones to bring incredible positive changes in your life. This impressive combination offers respite from the negativities and welcomes fortunes, prosperity, and power to your life. Our Sun Yantra can also help in experiencing a boost in self-confidence and amplify nobility by several notches up.

To further enhance its power, you can combine the Sun Yantra with a Shree Yantra. While the Sun Yantra will invoke energy, popularity, and fame, the Shree Yantra will invoke wealth and luxury. This spiritual combination can balance the entire surroundings and offer the ultimate answer to all the worries and imbalances in life. To get a customized Sun Yantra, feel free to contact us. You can also click here and order this spiritual yantra instantly.