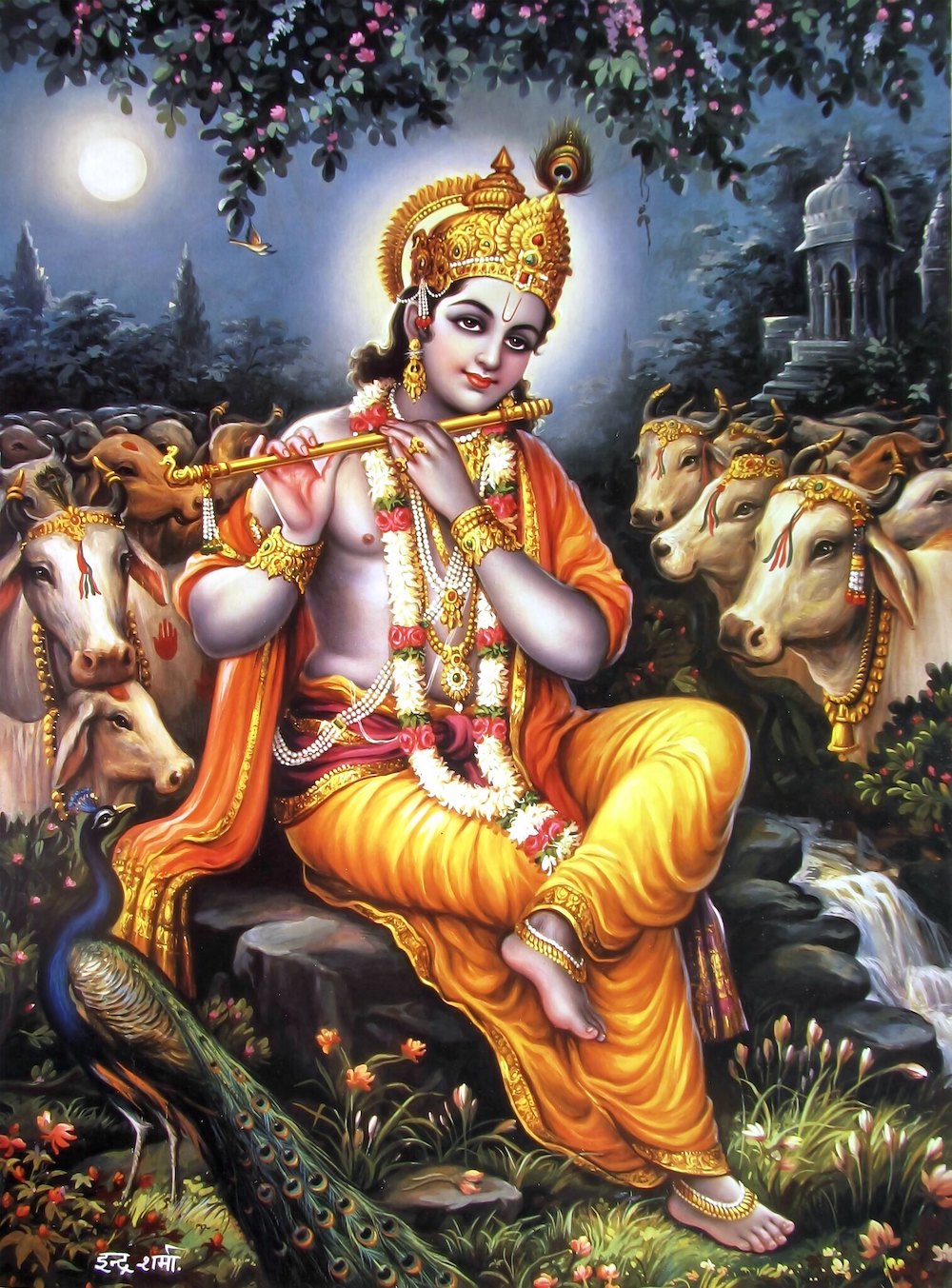 Posted at 14:42h in God by SolemnSide

Lord Krishna - some unanswered and some normal facts

15) Biological Father: Vasudeva
16) Biological Mother: Devaki
17) Adopted Father:- Nanda
18) Adopted Mother: Yashoda
19 Elder Brother: Balaram
20) Sister: Subhadra
21) Birth Place: Mathura
22) Wives: Rukmini, Satyabhama, Jambavati, Kalindi, Mitravinda, Nagnajiti, Bhadra, Lakshmana
23) Krishna is reported to have Killed only 4 people in his life time.
(i) Chanoora ; the Wrestler
(ii) Kansa ; his maternal uncle
(iii) & (iv) Shishupala and Dantavakra ; his cousins.
24) Life was not fair to him at all. His mother was from Ugra clan, and Father from Yadava clan, interracial marriage.
25) He was born dark skinned. He was not named at all throughout his life. The whole village of Gokul started calling him the black one ; Kanha. He was ridiculed and teased for being black, short and adopted too. His childhood was wrought with life threatening situations.
26) ‘Drought’ and “threat of wild wolves” made them shift from ‘Gokul’ to ‘Vrindavan’ at the age 9.
27) He stayed in Vrindavan till 10 years and 8 months. He killed his own uncle at the age of 10 years and 8 months at Mathura.He then released his biological mother and father.
28) He never returned to Vrindavan ever again.
29) He had to migrate to Dwarka from Mathura due to threat of a Sindhu King ; Kalayavana.
30) He defeated ‘Jarasandha’ with the help of ‘Vainatheya’ Tribes on Gomantak hill (now Goa).
31) He rebuilt Dwaraka.
32) He then left to Sandipani Ashram in Ujjain to start his schooling at age 16~18.
33) He had to fight the pirates from Afrika and rescue his teacher’s son ; Punardatta; who was kidnapped near Prabhasa ; a sea port in Gujarat.
34) After his education, he came to know about his cousins fate of Vanvas. He came to their rescue in ”Wax house” and later his cousins got married to Draupadi. His role was immense in this saga.
35) Then, he helped his cousins establish Indraprastha and their Kingdom.
36) He saved Draupadi from embarrassment.
37) He stood by his cousins during their exile.
38) He stood by them and made them win the Kurushetra war.
39) He saw his cherished city, Dwaraka washed away.
40) He was killed by a hunter (Jara by name) in nearby forest.
41) He never did any miracles. His life was not a successful one. There was not a single moment when he was at peace throughout his life. At every turn, he had challenges and even more bigger challenges.
42) He faced everything and everyone with a sense of responsibility and yet remained unattached.
43) He is the only person, who knew the past and future ; yet he lived at that present moment always.
44) He and his life is truly an example for every human being.🌷🙏🏻