Even in modern times, people have had the fortune to connect with angels and saints. And if a person gets blessings from them, it will be no less than connecting to God himself. Joshua is inspired by the blessings from both Archangel Michael and Saint Solomon. In 2008, Joshua had the fortune to meet Charles Virtue, Son of Doreen Virtue, who helped him in getting in touch with Archangel Michael. Since then, Joshua has been blessed by the angel.

Now, through Solemn Side, Joshua is willing to extend his blessings from Archangel Michael and Saint Solomon in the form of crystals and magic stones. From the Miraculous Stone Sulemani Hakik to the Archangel Michael’s Sugilite Stones, these little blessings offer protection and diminish evil from one’s life. Not just mystical stones, Joshua also has the knowledge of Michael’s Violet flame healing offering peace and relief. We also create crystal fairing and angels in their physical versions to channels God’s blessings into people’s lives. To know more, connect with us. 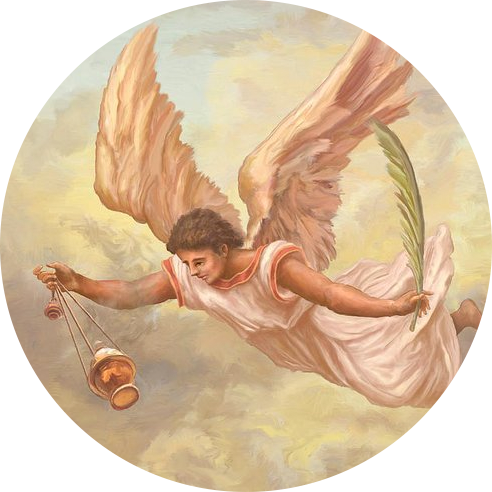 Known for his magical powers and unmatched wisdom, Saint Solomon was the child of King David and Bathsheba. He later became the King of Israel around 970 B.C. During his reign, he built numerous temples in Jerusalem. However, Saint Solomon gained more popularity as one of the elects of God. In 1 Kings, he made a sacrifice to God and later saw him in a dream. When God asked him what he wants, Solomon wished for wisdom. And thus from that day, he was bestowed with great wisdom and other gifts including the ability to speak with jinns and animals.

Some scriptures also say that Saint Solomon had the power to control winds and also jinns. When it comes to the mystical powers of Solomon, one can find numerous stories. However, one legend that connects him with Archangel Michael is found in the Testament of Solomon. Once a demon named Ornias catches hold of a young lad by stealing his money and sucking his vitality through the thumb. To save him, Saint Solomon prayed in the temple and received a ring with the seal of God by Archangel Michael himself. With the power of that ring, Solomon stamped the demon and brought him under his control. Since then, Saint Solomon held the demon at his bidding and build temples in his kingdom.

Often referred to as a “Chief Prince”, Michael is one of the most famous and powerful angels in the Bible. For centuries, people have tried to find more and more about his divine presence since not much is written about him in the Bible. The fascination towards him is high since he is the only angel who is called “archangel” which means “chief angel” or “chief messenger.” Not just this, as per the religious scriptures, Michael led a host of angels in a victorious war over Satan and his demons in Revelation 12. He even defeated Satan during the war in Heaven in the Book of Revelation.

Revelation 12.7-8: 7 Then a war broke out in the sky: Michael and his angels fought against the dragon. The dragon fought together with his angels 8-but they did not prevail and there was no more room for them in heaven.

The name Michael means, “Who is like God” and thus, is often regarded as a champion of angels armed with a sword and an armour. He is worshipped not just by Christians but people from Jewish and Islamic faiths as well. In the Holy Quran, Mikail (Michael) is one of the four archangels along with Jibrail, Israfil and Azrael. Since he is seen as a warrior, Archangel Michael is considered the patron saint of police officers, paramedics and the military. Today, he is a patron of many cities and protector is people. 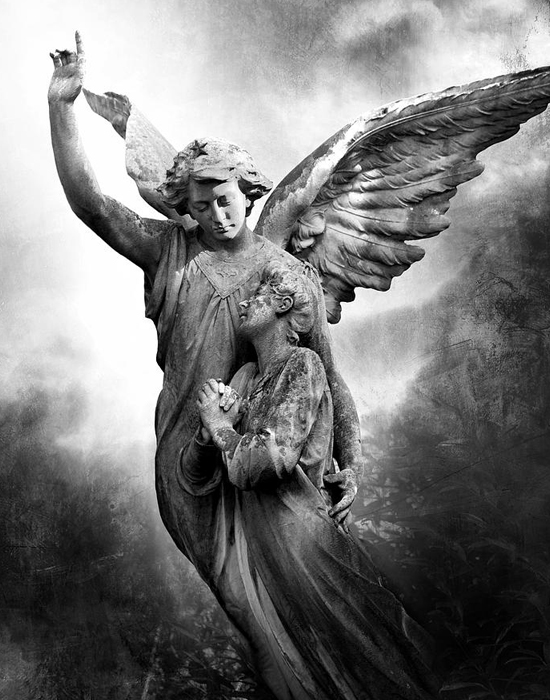 How does one know what is the role and purpose of their life?

How does one know what is the role and purpose of their life? How does one find solace from the troubles and finally live happily? Is there someone who guides us and takes us closer to the ultimate Creator? Every question that aims to ask the meaning of life and what one is supposed to do to fulfil their destiny can find a true answer in God himself. He sent his Angels and Saints to teach humans how to follow the path of truth, justice, purity and righteousness. These messengers, who obey the greater truth and guide humans according to God’s will, are God’s voice.

Psalm 103:20 (ESV) “Bless the LORD, O you his angels, you mighty ones who do his word, obeying the voice of his word!” We all are looked after by angels and people of God throughout our lives. But unless we find a connection or understand these divine beings, we will not be able to fulfil our true goals.